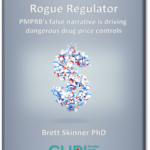 There is a consensus among economists that government price controls are generally ineffective at achieving their intended purpose, tend to distort the allocation of resources, and often produce inequitable social outcomes. It is also widely observed by economists that price regulation depresses pharmaceutical innovation, which affects health outcomes, resulting in higher expenditures on other forms of medical care.  Economists generally agree that efficient spending on health is an investment in human capital which is a contributing factor to economic productivity, and that pharmaceutical innovation has been a major contributor to better health outcomes, improved quality of life, and longer life expectancy.

So why is the federal government imposing extreme price regulations that will discourage drug-makers from launching new innovative medicines and investing in pharmaceutical research in Canada?

In January 2022, the government is introducing new price control guidelines at the request of the federal regulator known as the Patented Medicine Prices Review Board or PMPRB. The regulator estimated the changes will cut Canadian prices for patented medicines by more than half the current level. That would make our prices the lowest in the world.

Since 2015, the agency has run a communications campaign to justify the amendments, raising alarms about high prices for patented medicines and the impact on healthcare costs. At the same time, it has insisted that the changes will not reduce the availability of new medicines or impact industry investment in pharmaceutical research in Canada. In a 2020 article, the Executive Director of the PMPRB wrote “there is no evidence of a link between pricing, research and development, and access to medicines”.

It is hard to believe that mandatory price cuts of such severe magnitude won’t negatively impact industry decisions about whether Canada is a priority market for new therapeutic products, or whether it is the best place to spend scarce research dollars. The government is wrongly assuming that the industry will continue to prioritize our market at any price decreed by the PMPRB.

The government is also not thinking about how long it took to build the clinical science infrastructure in Canada. The regulations risk eroding valuable institutional knowledge and technical expertise, and it will be expensive to restore.

The truth is the regulator is aware of evidence that contradicts its narrative justification for amending the regulations but seems to have chosen to suppress it. Moreover, PMPRB has not provided parliament with any evidence to support its narrative.

In this book I review some of the evidence the PMPRB said did not exist. I also discuss the rogue behavior of the agency.

The Government is making these changes based on advice from a regulator that has a conflict of interest. The PMPRB not only initiated the regulatory changes, but also wrote the new rules, self-evaluated the impact on prices, managed public consultations, and controlled the flow of information to parliamentarians.

Important stakeholders and prominent academics have raised questions about the PMPRB’s commitment to its duty of neutrality as a public agency. The Federal Court of Appeal even criticized PMPRB for bending its own rules, breaching its jurisdiction and for obfuscating behavior, which makes it impossible to review its administrative decisions.

The Parliament of Canada is obligated to reconcile the PMPRB’s narrative with the evidence presented in this book. It should conduct a formal review of the agency’s relevance. Due consideration should be given to retiring its mandate.

Stay updated with our Email Newsletter

Sign-up to E-News for instant updates on CHPI research, opinions, events and advocacy.

Choose an option to continue...

Access/download all articles for 12 months.

Already registered as a user?